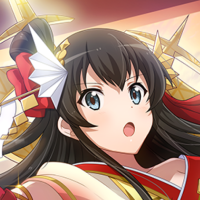 I think my best girl is Kaoruko 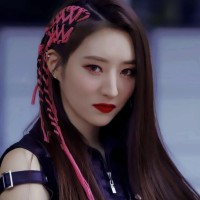 Does anyone know of any good places in Tokyo to get Revue Starlight merch? And, while we're at it, Bandori and Love Live merch? 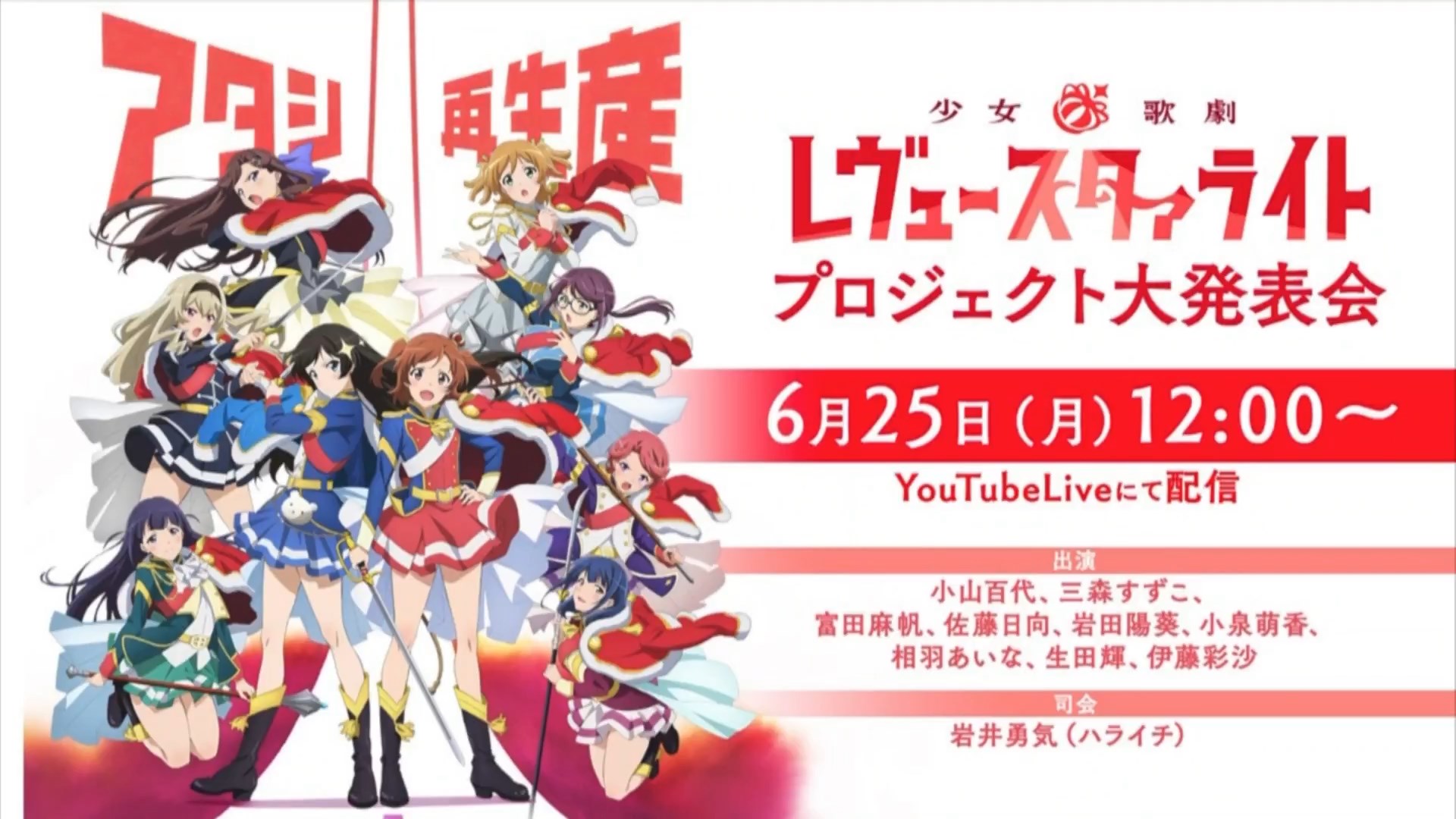 Today, June 25th, at 12:00 Japan Standard Time, Revue Starlight's Major Presentation was streamed via Youtube Live. A lot of information was announced in this stream. A lot of which we all already know by now and a lot more that we are to learn yet! This post is a compilation of all the other corners that are not in-depth enough for a single article.

If you would like to learn more about the mobile game Revue Starlight ReLIVE, check here!

And with that, let's be off to other news! 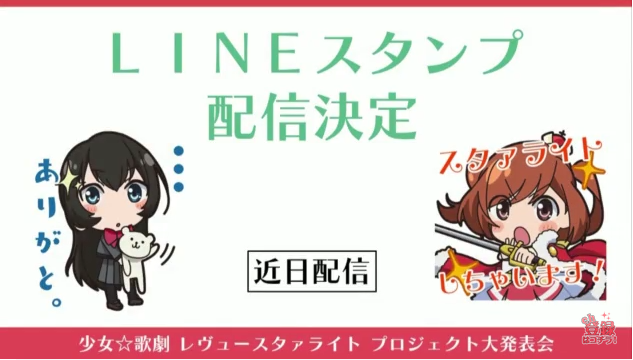 Revue Starlight LINE Stickers has been announced! It is not yet available at the moment, but it will be available soon! Stay tuned to our social media outlets for quick updates! 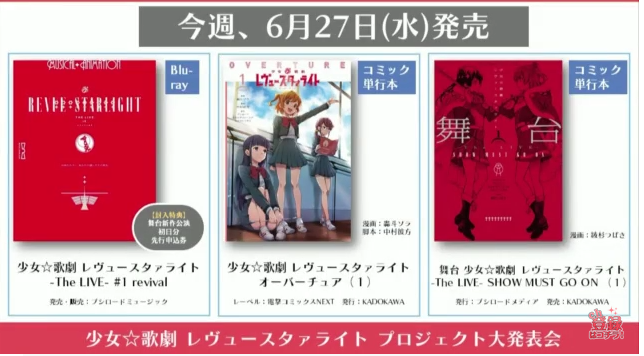 Three Revue Starlight products will be on sale this coming Wednesday, June 27th! The #1 Revival blu-ray, as well as Volume 1 tankoubons of the currently on-going manga of Revue Starlight, Overture and Show Must Go On!

Overture is a story about the Revue Starlight main characters before the anime! They recommended to read Overture first before watching the anime on July 12th! While Show Must Go On is the manga version of the theatre play #1. There are a lot of differences between the manga and the play. 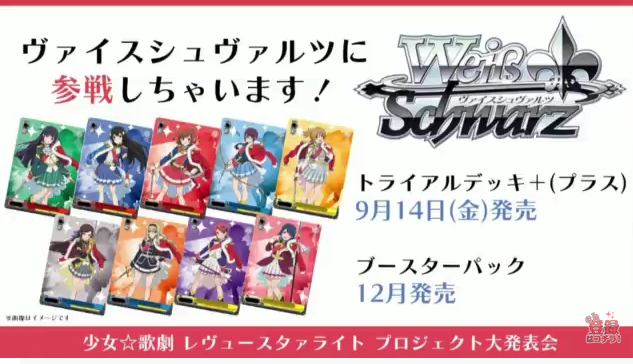 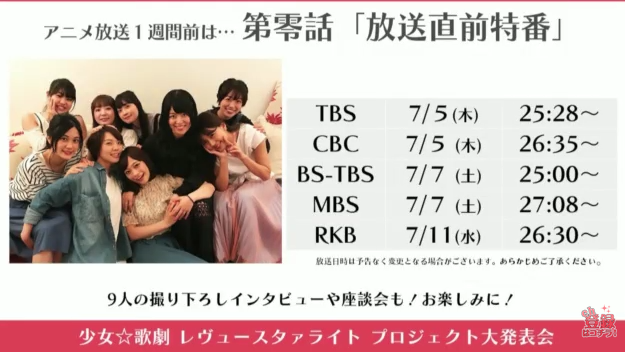 A week before the anime airing on July 12th, there will be a special "Before the First Episode" footage that will be airing in the following schedule that features all 9-members! Don't miss it! 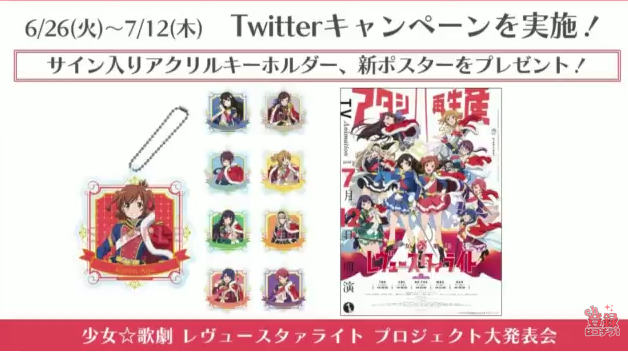 There will also be a Twitter RT Campaign starting tomorrow, June 26th, until July 12th (Anime Airing)! Details will be posted soon. Winners will be able to get a signed acrylic key holder, as well as the anime's new key visual poster! Don't forget to follow the Revue Starlight Official Twitter for news! 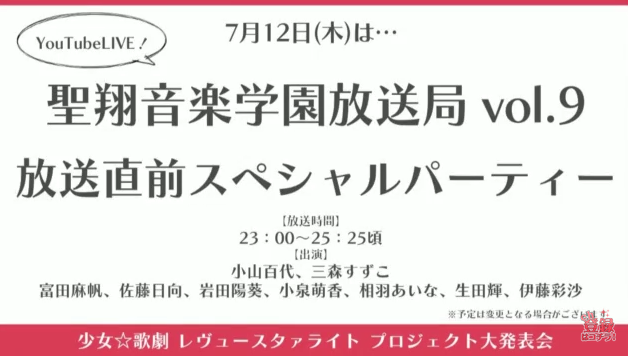 As for July's Seisho Music Academy Youtube Live Stream Vol. 9... it will feature all 9 members, in a 2 hour and a half stream to celebrate the airing of the anime's first episode right before it airs! It will be on July 12th, from 23:00JST until around 25:25JST! Follow the Starlight Youtube Channel for notifications so you won't miss it! 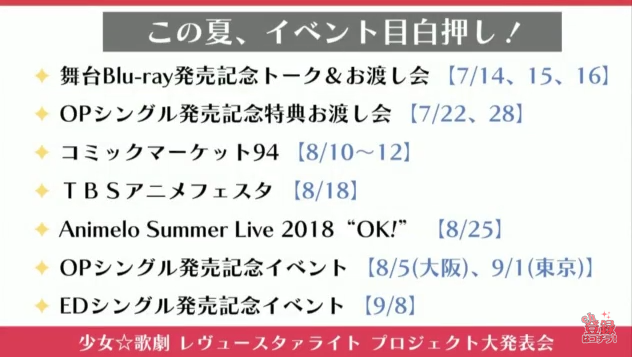 Finally, a list of Revue Starlight's Activities for this summer!

If you are going to be in Japan in any of these dates, by all means, please do come and see them!

That's it for the compilation of all the information in today's major presentation announcements!

Can't wait for the anime~