[Event] Star Performance Tournament "The Visit of First Snow" has been decided!

Star Performance "The Visit of First Snow" Tournament will be held!

By increasing your Star Rank you can receive a Limited Memoir and a Limited Title. As well as at least about 1200 star gems by the time the Season ends!

It is when you compete with other players in real time.

■What is a Season End Reward?

They are rewards given to players depending on what rank they have reached by the end of the period.

■What is the First Promotion Reward?

They are rewards given for the first time the player gets promoted to that certain rank.

They reward Memoirs will be sold in the Shop by the end of the season. 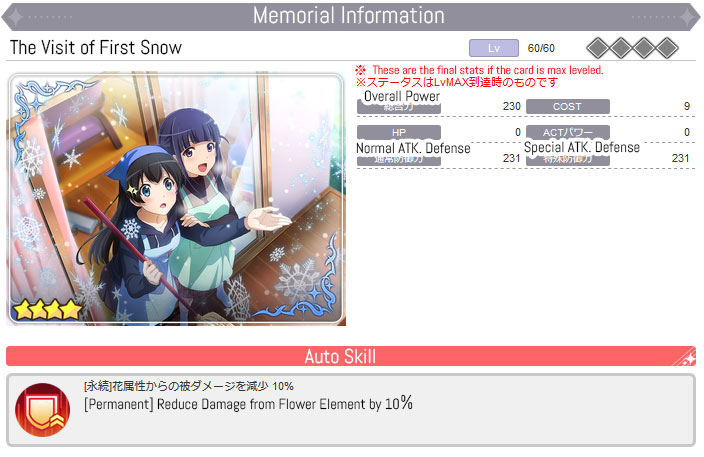 ※ The content and event period is subject to change without prior notice.

※ Star Rank rewards cannot be received by the start of the next season.

※ Star Rank rewards can only be claimed by the end of the season and before the next season starts. Rewards for the previous event cannot be claimed on the next event.

※ Only the highest rank you have reached will be displayed on your profile.